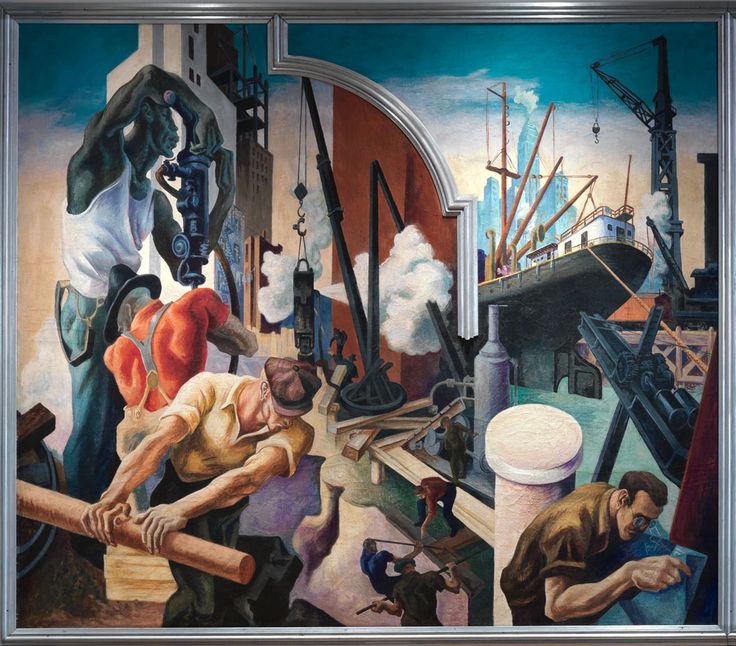 One of Jackson Pollock’s influential teachers, Benton was a figure in the Regionalism movement.  His painting subjects focused on workers and rural scenes, in bodily motion often or fish-eyed perspective.

Once in the Navy, he drew images of Naval ships that had unique camouflage to check the accuracy of their camo and to identify the ships in case of destruction.  So his images can often be mechanically complex.

The 10 panel America Today mural he painted in Greenwich Village’s New School was done for “free eggs” of which he used yolks to render the frescos.

While he did not influence Pollock’s style clearly, his independent spirit and bodily movement in painting are said to have impacted Pollock greatly. 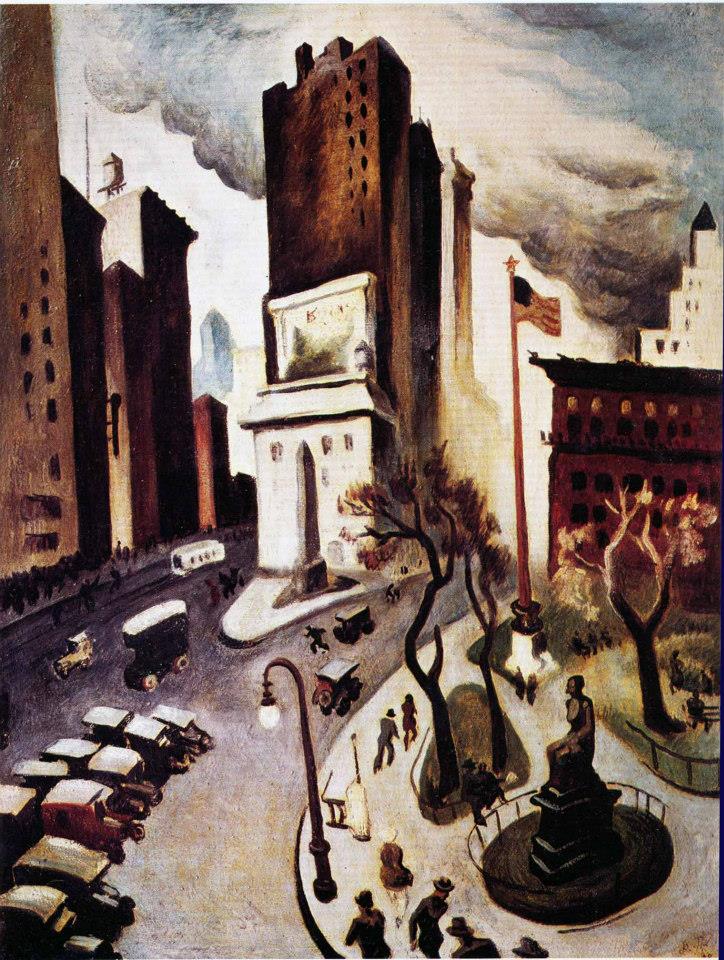